Have you ever read a book where the characters were eating something or talking about eating something, and you wish you too could taste what they were eating?  Recently I started reading a book set in a small German village in the 1800’s in which three sisters had recently lost their father, and the only thing that made them feel a bit better was eating an apple cake that a neighbor had dropped by.  After searching through many German apple cake recipes online, I settled on one that I imagined would have appeared in the book.  Although I have my doubts about whether the apple cake recipe I found is a) German and b) historically accurate, I’d like to imagine that it’s delicious enough to raise anyone’s spirits.  It’s easy to make (no mixer needed), and you only need one apple.  And it’s comfort food at it’s best with spicy cinnamon, layers of tender apples, and a moist cake. 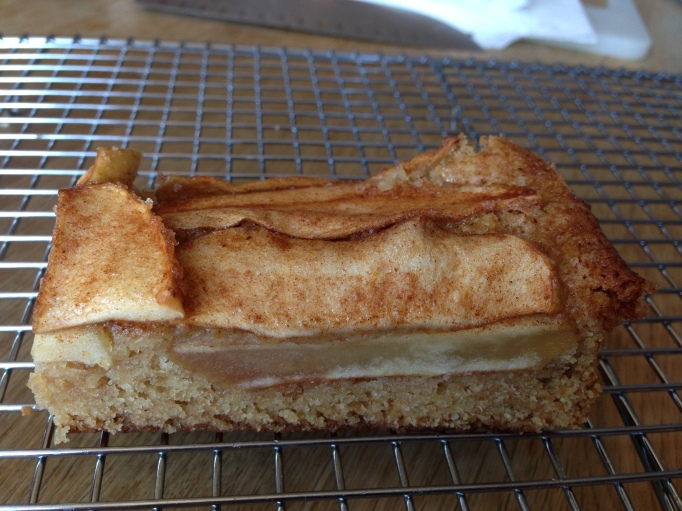 (From The Little Epicurean)